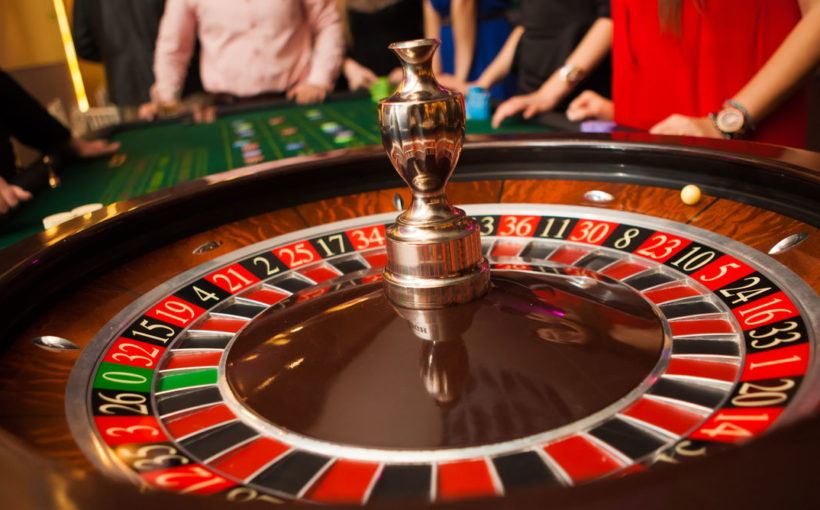 If there were a queen of all sorts of casino games played across the world, it would definitely be roulette. Not only is it a popular game in every casino but arguably the most famous one too. Roulette in every shape and form has intrigued the minds of players (both seasoned professionals and gamblers) for centuries.

Though Roulette is a simple game, it won’t fail to fascinate the player with the amazing chances they have when it comes to playing it. Today, we want to give you an in-depth insight about the basics and ways you can play roulette. When you explore the rules of the game, it brings you closer to the possibility to win big.

Roulette – What is it?

There are several reasons why this particular game is a crowd favorite. Deceptively simple and harder to master, this game is all about the multiple layers of complexity.

You will be mistaken, if you think this casino game involves nothing more than a ball bouncing around the wheel while players randomly toss chips at different sections of the roulette table. Rather than getting on everything and anything, it would be advisable to learn the bet types as well as odds involving it.

Basics of the Roulette game

The rules involved in roulette are pretty straightforward. There is a wheel in this game which features black and red slots, each having the numbers 1 to 36 engraved on them.

Depending on the type of roulette (American Double Zero Roulette or European Single Zero Roulette) there will be either one green zero slot or two. There is also a table that not only features numbers but also several additional sectors where one can place bets.

Once all the players are done placing their bets, it is the dealer who will spin the wheel and throw in a ball. In whichever slot number the ball lands in will be the winning number.

The table and wheel layout will differ based on the kind of roulette you are playing. This, however, has no impact in the manner the game is played.

The Logic Behind The Layout Of The Wheel

In both European and American, the order in which the numbers are arranged on the track of the wheel is completely different from the arithmetic values they hold.

This is one of the many reasons why roulette is an exciting and amazingly balanced game. When it comes to placing bets in roulette, you can either place it on one number or groups of different numbers.

A variety of combinations exist in roulette, all of which present an opportunity for you to win and earn a variety of payouts. The chances of a player to win big increases with an increased number of bets.

Apart from all of this, bets that a player can place are divided into three categories – announced bets, inside, and outside. The last two happens to be the basic ones whereas the first bet takes place in selective roulette variants and is much more advanced.

Inside Bets in Roulette

Inside Bets – On closer observation at the layout of the roulette table, you will observe that the primary parts comprise of a series of numbers starting from 0 all the way to 36. While the rest are sectors for placing bets on different groups of numbers.

This can be either 1 -18/ 19 – 36, red/black, odd/even, dozens and columns. The bets placed on the numbers are referred to as inside bets and outside bets are those that are placed on other sectors.

These are the different inside bets

Straight – This bet will cover one number only. Place your chip inside the destined square of the selected number.

Split – The player can place a bet on two numbers that remain adjacent on the betting table. You are to place your chip on the line that shares the two numbers’ squares.

Street – A bet is placed on a consecutive of three numbers that are located on one line. Place the chop on the outer corner that remains common to both the lines.

Corner – This bet is the four number bet, where the player places his or her chip on the common corner of four numbers.

Trio – A bet that includes zeros or zero, is a three number bet. The chip is placed on the line that is shared by two numbers and zero.

Basket – A bet on 0,1,2, 3 where the chip is placed on the corner that is shared by both the zero box as well as first line.

Outside bets in Roulette

Once you have familiarized yourself with the inside bets, it is time to take a look at the outside bets. Like we have already mentioned, outside bets are placed on the sectors which cover bigger number groups.

These are the common outside bets

Black or Red – The player places a bet on the color (either black or red) of the number that will win.

Even or Odd – Place your bet on whether the number that will win will be even or odd.

Dozens – You can place a bet on a dozen of numbers out of three that are present on the layout table.

Columns – Place your bet on a column out of the three based on which one you think will win.

Once you are done knowing about the basics, bets, and the way this fascinating game is played globally – you must be a part of the fun this game has to offer. Did you know that roulette is famously known as the Devil’s Game? Are you wondering why?

It is because all the numbers add up to 666. This game has been around for centuries now and you will still be surprised at the thrill it presents to its players.